Sbu will attend Chatham High School next year. He looks forward to the high-quality academic program. But more than that, he’s excited about the wide variety of extracurricular activities. Sbu plans to participate in the school news station. Comedy Club. And sailing team.

During his time at Mustard Seed, Sbu’s improved as a writer. He’s learned a number of writing techniques which he’s used in assignments from formal essays to persuasive writing. He’s also learned to share his voice and become more assertive. Before he came to MSS, Sbu was shy and kept his ideas to himself. That boy is long gone, replaced by a young man who’s unafraid to speak his mind. A man who sees a problem and does everything he can to find an effective solution.

If Sbu could travel anywhere, the first location he would visit would be Japan. He’s fascinated by Japanese culture and advanced technologies. On his trip, he’d take the bullet train to Tokyo and go to popular tourist locations. Restaurants. And tech stores. Then he’d follow in the footsteps of manga and anime artists and writers and venture to the beautiful and peaceful countryside, to Takayama.

Out of everything he’ll miss about MSS, Sbu will miss his teachers the most.  Especially his language arts teachers, Mr. Harris and Ms. Decker. 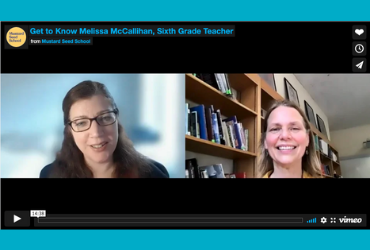