A Letter from Head of School Abby Hall Choi

Reimagining
This impressive feat of engineering is a two-phase project formulated and constructed by first grade student, Sam. Upon completion of a nest created with blocks, Sam built additional floors a few days later after reconsidering the needs of its inhabitants. “I wanted a place where all flamingos would be happy and be able to make friends,” says Sam. In addition to Phase One’s nest to relax and sleep, there is now also space to eat popcorn and watch movies or play video games together in additional floors upstairs. “Flamingos can walk into the nest on the ground, if they want, or soar in through these slats along the sides.”

Soon, in his academic career at Mustard Seed, Sam will explore the strongest shapes for bridge design with STEAM teacher, Clara Buckley. Science and literature classes will teach him more about the habitat and diet of flamingos. For now, however, Sam’s demonstration of awareness of the needs of others, and the integration of kindness and empathy into academic projects, expresses the heart of Mustard Seed School’s mission. Development of social-emotional competencies begins early on our campus, and is nurtured through the formative years to become a core strength of our graduates’ identity.

“…including Teddy Bears in early-grade classrooms is neither frivolous nor irrelevant. Indeed, including them in the classroom process can give children a voice for fears, worries, and conflicts that sometimes underlie inattentive and disruptive behavior in the classroom.”—Lesley Koplow, Director of the Center for Emotionally Responsive Practice at Bank Street College In both appearance and personality, the Preschool Bears are surprisingly detailed. Their ages range from babies to 78-year-old Banana. Periwinkle, a ballerina with periwinkle blue hearts on her dress and a matching beaded necklace, paints her long felt fingernails red. She likes eating cupcakes and eggs. Corduroy also wears a beaded necklace. His shoes sport cleats for running. Every day he likes to get messy, and after school he takes a bath. Ambulance the Bear enjoys eating pizza, sushi, and pierogi. At school, he likes to cut paper and read about airplanes.

Bears first made their appearance in an MSS preschool classroom several years ago, when the need for some trauma-informed teaching arose. Staff had attended the Safe and Sound Schools Conference: The Essentials of Emotionally Responsive Practice at Bank Street College of Education, and the bear concept was presented as an effective recovery tool in a breakout session with Lesley Koplow. Early Childhood Director, Emily Ford Sytsma, committed to designing a curriculum for the affected class based on the concept. Shortly after the bears’ introduction, teachers recognized their value for all preschool children in supporting social-emotional development. The bears are identical upon their entry into the classroom in keeping with Koplow’s techniques. Following Choosing Day, the children engage in a plan-and-model process that will be repeated in other settings over and over throughout their time at Mustard Seed. Children invent the identity of their bear using words, pictures and consideration, and then proceed to implement their ideas by creating the bears’ clothes and narratives.

Children who are young in terms of attachment, self-concept, or object permanence maturity can utilize bears to support their emotions during the day. Power and vulnerability, peer rejection, and other anxieties can be played out symbolically with the bears. For example, in understanding friendships, children might be asked: “What happens when bears want the same toy? What should the bears do if they want to join in a game or if they want to play alone? What happens when bears use their hands instead of their words or when they say mean things?” In the formation of burgeoning friendships with classmates, and in speaking with other adults in the room, every child has a conversation starter: “How do you recognize your bear? What is your bear’s name? What do they like to do?” Students have opportunities to talk or draw about what a good, safe place looks like for both the bear and the child. Children can see that teachers listen to them, hear their needs, and are interested in making a safe place at school. In addition, the bears are always available with open arms to comfort the child. 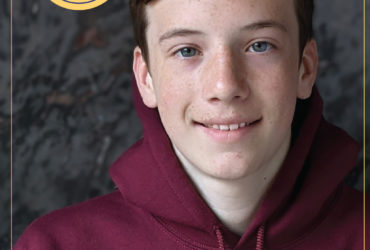 I look forward to sharing the coming seasons with you—showing you the programs, the people, and the values that make Mustard Seed so special!—Head of School Abby Hall Choi At third grade, students are already adept at constructing their own learning.