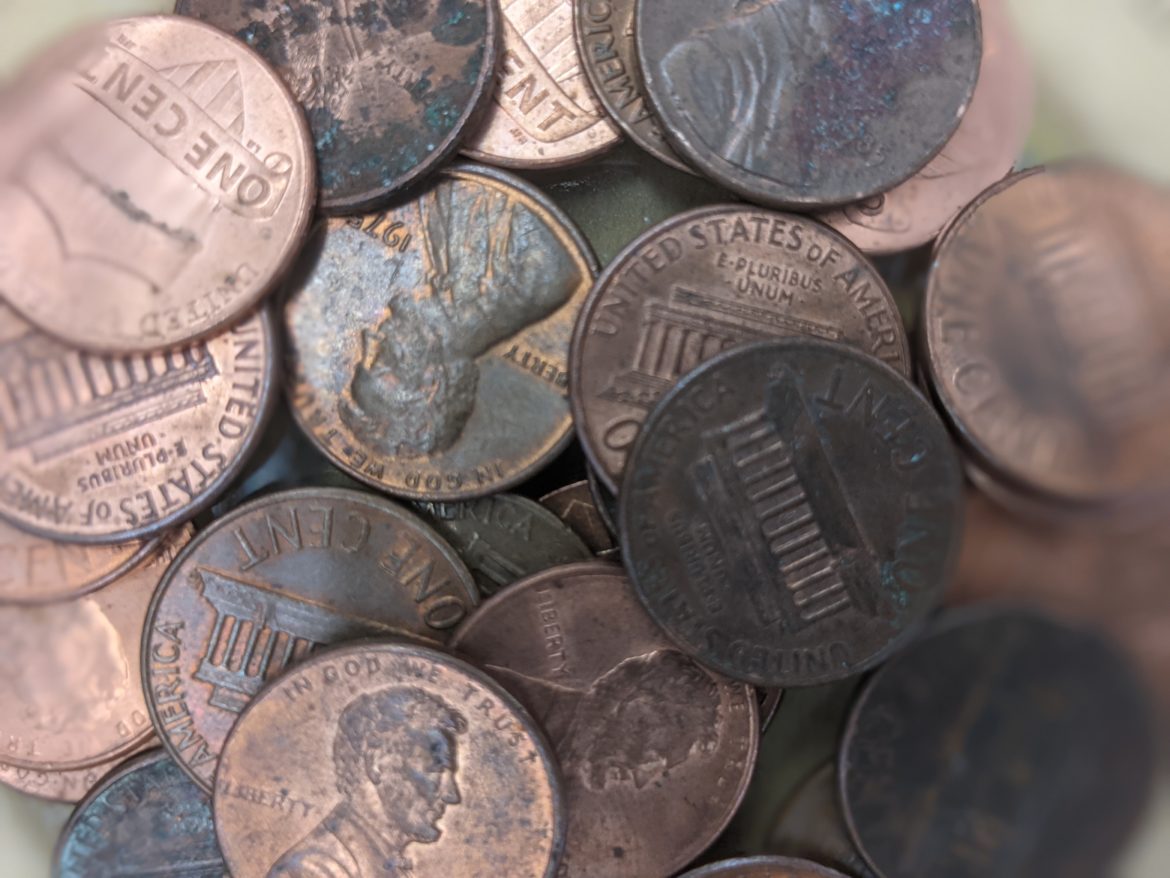 Way back during Lent, the children worked hard, collecting coins.

This picture was taken during snack when our masks are off. — not just babies, they would often remind us,

but kids and grownups too!

But collecting was just the beginning …

After Easter, we opened up all our cans and there were so many kinds of coins!

We knew it was our job to count pennies, so first we had to SORT … Silver coins in one jar, gold in another, and paper money in a third… Each child put pennies in their very own jar … Once sorted, the children began to count.

They counted them out, one by one … It is hard work to count to ten, touching each penny and making sure to say the next number only when we touch! Until they had five cups!  Five cups of ten means we have 50 pennies!

Time to load them into the Penny Roll AND THEN THEY DID IT ALL AGAIN!

…which means they had ..which means each child, at long last, had made

This, in addition to all our other coins and paper bills, along with all the other money the other classes collected will go towards feeding so many people.

Each child (even Tommy, who somehow eluded the camera during this process) worked so hard and is so proud of helping to feed their neighbors.

Loving each other is hard work.

It is a good thing hard work is one thing the Rivers Class loves to do! Our last days together … Once Upon A Time: Three Stories to Read Together