As we continue studying remarkable Black Americans, the children danced and drew their way through Louis Armstrong’s music at the end of last week and into Monday.  We learned so much about his life and  listened to so many of his recordings and even heard his reading of “Twas the Night Before Christmas” (I highly encourage you to listen!).  The children did their own dancing and then watched a dance that had been choreographed to one of his songs, and many tried to follow the choreography.  One child said, “I just can’t help it! My toes are wiggling!” While listening to his music, the children drew what they “heard”, which was an inspiring and unique way to respond to and experience music. As we reflected on what children enjoyed about Louis Armstrong, they commented enthusiastically about his coronet music, his voice, and dancing and drawing while listening.  After we learned that his nickname was Satchmo, one child announced, “I want my nickname to be Satchmo!”  I think they all felt joyfully connected to this musician.

And now we have delved deeply into learning about our next famous Black American: Mae C. Jemison, the first Black woman astronaut.  There seems to be very little that excites young children as much as the concept of space, so it is with great enthusiasm that the Trees children are taking on this study. Among other things (doctor, Peace Corp worker), Jemison was a dancer and discusses this influence: “Yes, you can dance in space, and I did!  It felt very free.” We have been talking about what it might be like to dance and move our bodies in space, and the children have been doing more beautiful dancing to help imagine it.

The discussions about moving in space led to drawing pictures of what it might be like to be flying or dancing in space.  “Which way would your body be turned?”  “What would your arms and legs be doing?” One child made the connection to Faith Ringgold’s artwork that depicts people flying and we had a great discussion about the difference between the imaginary flying that Faith Ringgold’s characters did versus the actual “flying” in space that Mae Jemison did.  These concepts have also contributed to the children learning about adding movement to their drawings, which is an advanced drawing concept.  ”How might you show your arms bending?” Or “What would your legs look like if they are dancing in space?” As we looked at Mae Jemison’s photo, the children wondered about what she was wearing, and we discussed how there are clues in pictures that can help you understand what someone does.  We looked at photos of each of the individual’s that we have studied to find clues to what they do.  Mae Jemison: spacesuit (an astronaut).  Faith Ringgold: bright colors and shapes (an artist).  Louis Armstrong: his coronet (a musician).  George Washington Carver: plants (a botonist).

This concept of thinking about environmental details as clues to what someone does is a big idea.  Children have drawn more than one draft of themselves in space and added many details, including environmental clues, to their drawings.  “What gear would you need in space?” “What will your space suit look like?” “What details will you include?” This entire process of drafting and changing and adding details is very similar to the process of writing with words that children will engage in when they get older: drafting, thinking about a plan, being intentional, adding details and complexity, and “describing” something on the page.

In addition, children have been exploring space in many other ways in the classroom: looking at books, building at the light table, imagining themselves as a rocket ship, playing with small astronaut characters, building puzzles, and painting stars! Children have really enjoyed learning about Mae Jemison, and each of these interesting individuals, making connections between them, and understanding how their dreams and interests can be inspiring to all. 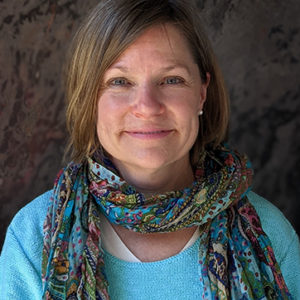